About eight days after Jesus said this, he took Peter, John, and James with him and went up onto a mountain to pray. As he was praying, the appearance of his face changed, and his clothes became as bright as a flash of lightning. Two men, Moses and Elijah, appeared in glorious splendor, talking with Jesus. They spoke about his departure, which he was about to bring to fulfillment at Jerusalem. Peter and his companions were very sleepy, but when they became fully awake, they saw his glory and the two men standing with him. As the men were leaving Jesus, Peter said to him, “Master, it is good for us to be here. Let us put up three shelters—one for you, one for Moses, and one for Elijah.” (He did not know what he was saying.) While he was speaking, a cloud appeared and covered them, and they were afraid as they entered the cloud. A voice came from the cloud, saying, “This is my Son, whom I have chosen; listen to him.” When the voice had spoken, they found that Jesus was alone. The disciples kept this to themselves and did not tell anyone at that time what they had seen.

Opening Prayer: Lord Jesus, I come before you in prayer. Inspire me with awe and reverence so I may worship you as you deserve.

Conversing with Christ: Lord Jesus, may you be revered in all I am and do. You are the holy one of God, the Messiah, Son of the living God, and the only begotten Son of the Father. Grant me eyes of faith to see your glorious presence in my daily life.

Resolution: Lord, today, by your grace, I will be attentive to your consoling presence and make an act of reverence, aware that you are the giver of all gifts, especially the greatest gift, salvation.

You are not subscribed to the Daily Reflection. Subscribe here. 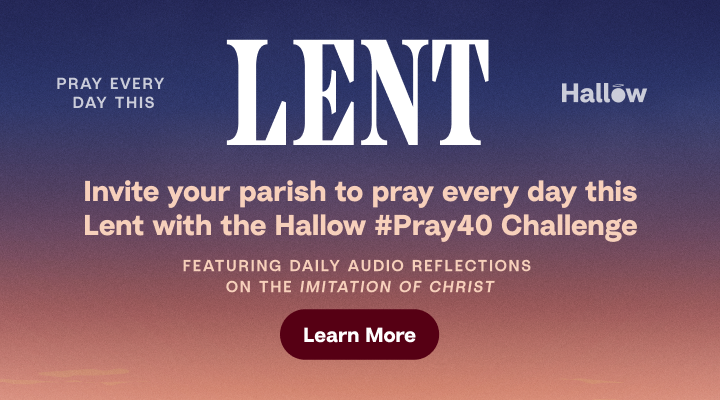 Drop us a line. We are interested in what you have to say.